Apple is the largest company on the planet, whose success is derived from selling high-end smartphones month after month. In 2015, Apple sold a whopping 231.5 million smartphones. Although sales have been slowing down, the iPhone counts for more than 50% of Apple’s business. The tech giant’s 2017 second quarter earners showed a profit of a staggering $8.7 billion, mainly stemming from the sale of 41 million iPhones.

On the other hand, Apple can sell so many new devices is that we keep trashing our old devices, either because of loss in battery life or a new advanced model just came out. Some say this is by design and tech companies are preventing standard bodies from implementing eco-friendly measures, which could increase device lifespan and cut down on new units.

Apple is not the only company guilty of this practice; however the iPhone has become a symbol of this mindset and what environmental groups consider as needless waste. The company makes it difficult to upgrade or repair its products by using proprietary screws, a unibody design and other techniques which make it possible for only Apple or certified experts to take apart. The tech companies are notorious for making non-removeable batteries and incentivize its customers to trade in or discard models that are under two years old for newer models. 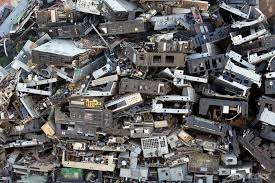 The environmental regulations and standards placed on these products are created by the Green Electronics Council, which oversees the Electronic Product Environmental Assessment Tool (EPEAT). Epeat decides when a tech product is considered bronze, silver, and gold, while taking input from the entire tech industry to define these tiers and the introduction of new criteria. Many argue tech companies like Apple have diluted this process to protect their business at the cost of the environment.

Apple has repeatedly stated their dedication for sustainability as well as being keeping a watchful eye over product manufacturing and repairs. Apple claims their unibody design allows them to create lightweight and powerful products, while keeping enough durability to last many years. The company does not forget to boast about its innovative recycling techniques such as “Liam”, a robot for dissembling iPhones and “pioneering a closed loop supply chain where products are made using only renewable resources or recycled material to reduce the need to mine materials from the earth.” 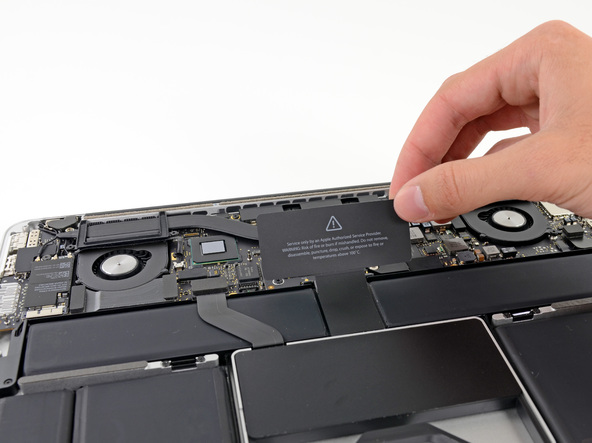 Regardless of the situation, Apple and other tech companies feel their environmental practices are “good enough.” Companies such as iFixit (a company which provides repair scores to Apple products) have a say in deciding environmental standards that would drive the tech industry a step further to pure sustainability. Unfortunately, their voting power and presence does not compare to the sheer size of tech industry. If any proposed criteria have the potential to threaten corporate interests, it is simply voted down.

Many feel the lack of higher standards stem from the fear of tech companies losing lucrative government contracts. The governmental organizations require the purchased products for use in schools and public departments meet the highest green certification standard under EPEAT. Having more demanding standards mean products have a higher chance of failing the standards, leading to a loss of big contracts.

A well-established episode in the tech industry would be the introduction of the hardest-to-repair laptops, the 2012 Apple Macbook Pro with Retina Display, effectively highlighting how the tech industry could manipulate the standards to create a “gold standard” product without changing its design. Before this design shift, the Macbook Pro was known for being upgradeable in every sense; however the redesigned computer shipped a proprietary solid-state drive, non-upgradeable memory and a non-removeable battery. Like previous Macbook Pros’, the 2012 Retina Macbook Pro achieved the EPEAT Gold rating, an accomplishment only possible by convincing the standards board to loosen the requirements for an upgradeable product. This made it easier for Apple and other tech companies to achieve a Gold standard regardless of its environmental impact, a practice that the industry wants to keep.

What the tech companies are scared of is the change of standards. If one day, EPEAT requirements changed to replaceable batteries, upgradeable memory and the like, consumers would be less likely to buy into a short gadget upgrade cycle. This environmental damage needs to stop. It is imperative multiple groups steps in to issue stricter and tougher environmental standards for electronics. By ignoring this problem, we are only worsening the environment to benefit some greedy corporations.

To the tech industry, I hope you are listening to your damaging corporate greed. Do you want the Earth to be damaged to a point in where there are no more people to market your products to? If that is ok, then storm ahead because you are only contributing to climate change and effectively dooming humanity. But, I know with no market, your business would fail. As the “little guy”, I suggest changing your practices would be beneficial for everyone in the long-run.